The Latina Mami Austin chapter is located at 1806 W. Stassney Lane, across from Crockett H.S.

Jessica is a long time mami activist and organizer with Latina Mami for 15 years. She is also the founding organizer of Nuestro Grupo’s Academia Cuauhtli (a language and culture revitalization program for Spanish speaking Mexican Americans) working in conjunction with AISD and UT every Saturday at the Mexican American Cultural Center.

Jessica teaches  Danza Mexica and is a a Danzante de la Luna with Danza Huitzilmeztli and Kalpulli Teocalli Teoyolotl.  Jessica is also the co-founder and presenter with Institute of Chicano Psychology. Additionally, she is a council member Alma de Mujer Center for social justice, a woman’s indigenous sacred land.

Jessica does this work to help create the kind of world that we should leave for our children. And try and heal the soul wounds of our community so that our children may survive…and thrive.

Diana continued to volunteer at various non-profit organizations such as Deferred Action of Childhood Arrivals (DACA), Habitat for Humanity, American Civil Liberties Union, and Meals on Wheels while working full-time to pursue her education.

Diana received her undergraduate degree from Saint Edward’s University in Psychology. Diana also has a graduate degree from University of Texas, in Social Work. Diana is currently a Licensed Social Worker and Substance Use Counselor. Diana has received numerous scholarships for her contributions to the community, including the Hispanic Bar Association of Austin and the Hispanic Scholarship Consortium.

Over the past decade, Diana has worked with various at-risk populations, stemming from court adjudicated adolescents to adult substance users, to now working with children with emotional and intellectual disabilities. Diana remains an advocate for young mothers in need of community support and assistance. 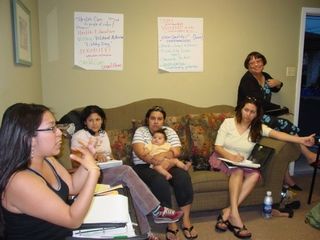